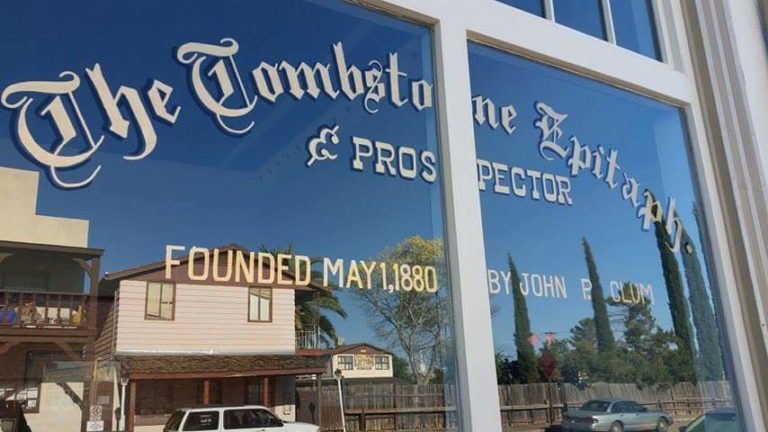 Description of Business:  Famous Old West newspaper. Free tour of our 1880's newsroom and print shop. Read original O.K. Corral gunfight reports. National Historic Journalism Site. Subscriptions $25/year.
The Epitaph Newspaper was founded by John Clum in 1880.  In the beginning, he called the paper The Clarion, but changed it when he decided that every Tombstone deserved an Epitaph.  The first issue was published on May 1, 1880 on a printing press housed in a large canvas tent on Fremont Street.   Tombstone’s first newspaper, The Nugget, was across the street.  As one can imagine, the two newspapers quickly became rivals frequently engaging in editorial fencing.  The Nugget Newspaper burned down in the fire of 1882 and the Epitaph survived.

John Clum was a colorful character, once an Indian agent on the San Carlos reservation.  He was elected Mayor and served as Postmaster before selling the Epitaph and leaving Tombstone in 1882.

The Epitaph has had many owners over the years.  It moved from a two story adobe structure next to the Grid Block, on Fremont to its present location on 5th Street in 1927.  It was purchased by Tombstone Historic Adventures headed by Harold Love in the 1960s.  It is still owned and operated by the Love family.

So much of Tombstone’s history was written and preserved by the newspaper.  Daily events, social events, fashions, church services, births and deaths, disasters (natural and unnatural), and economic conditions are preserved on their pages. 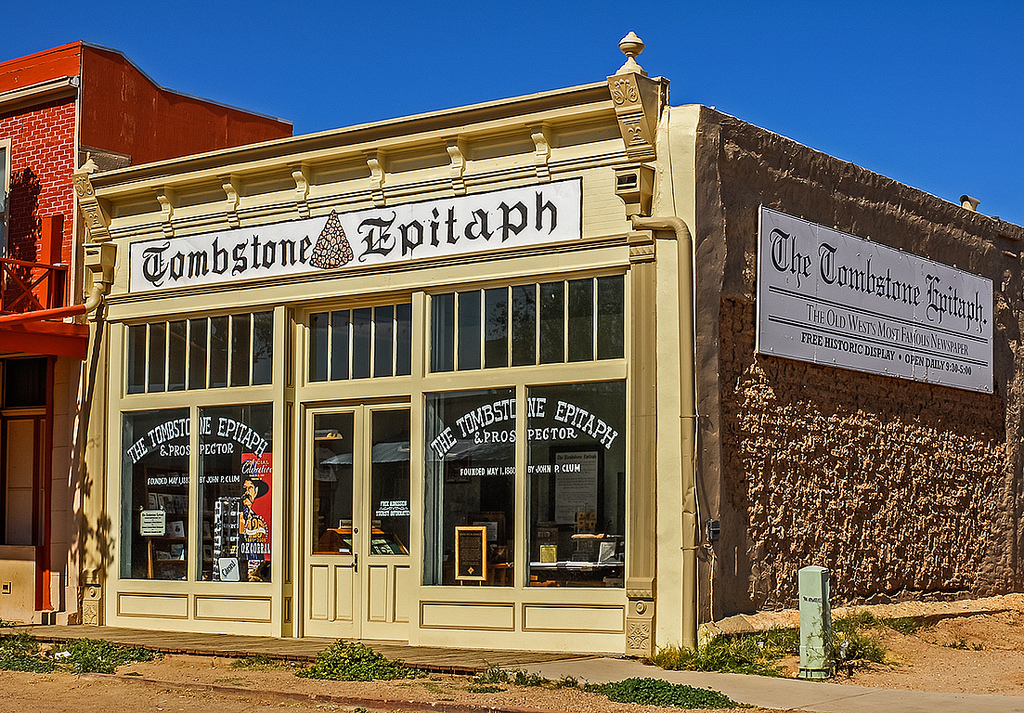 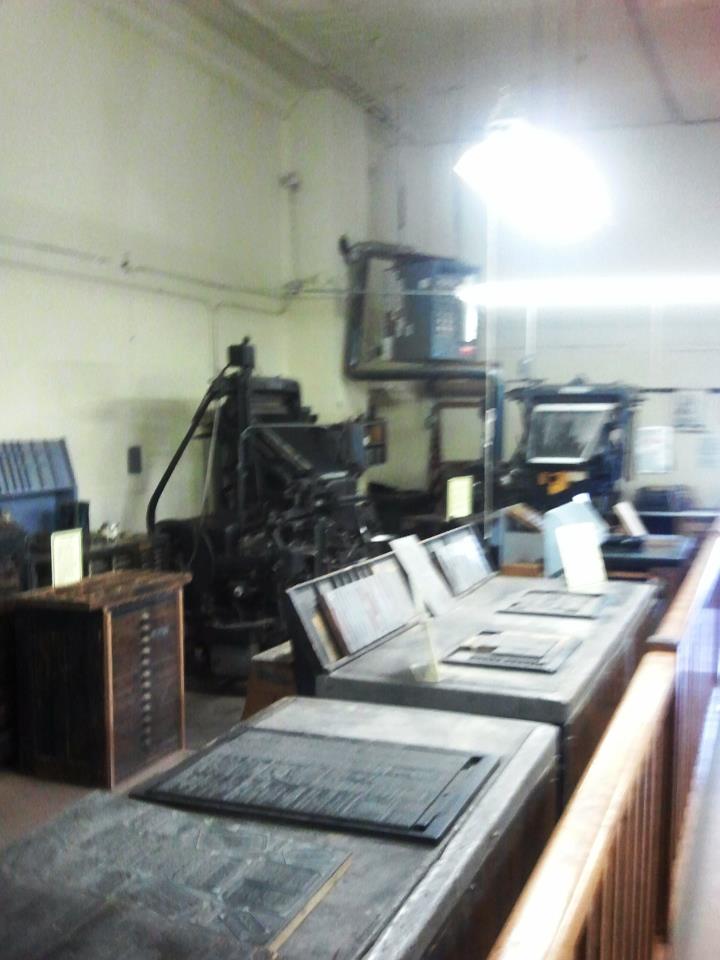 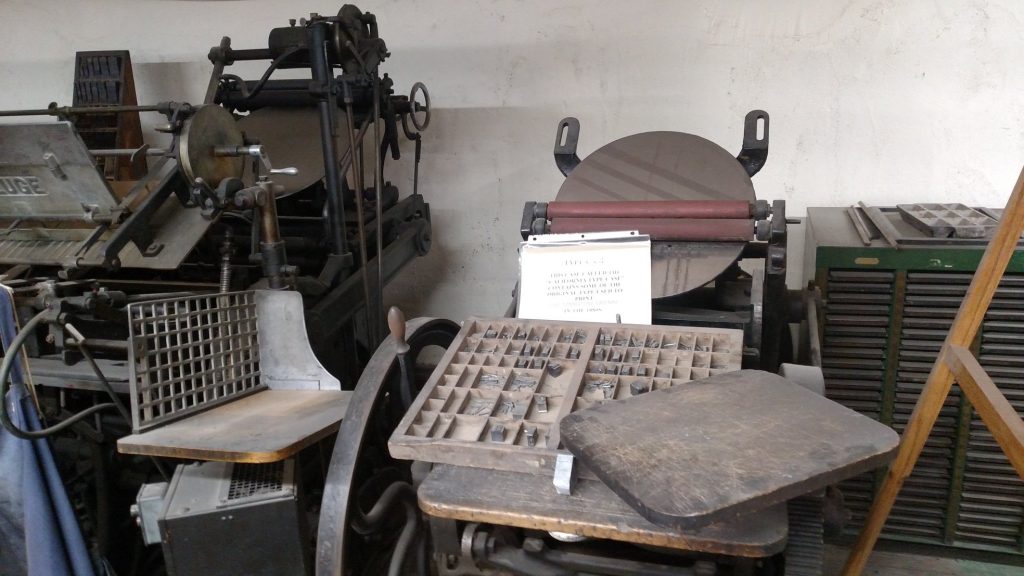 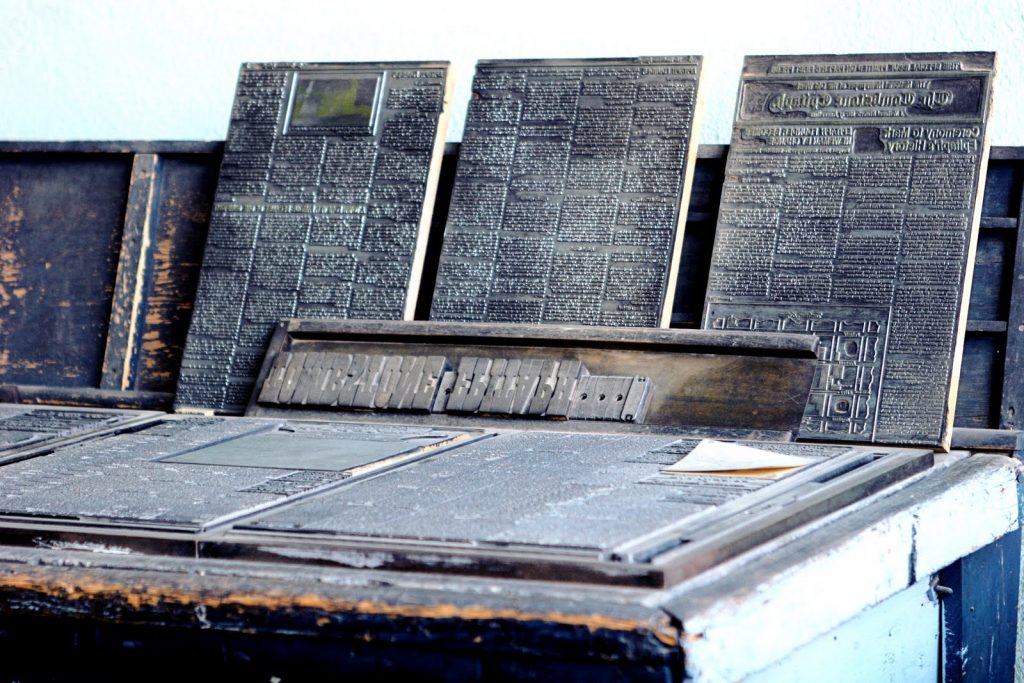 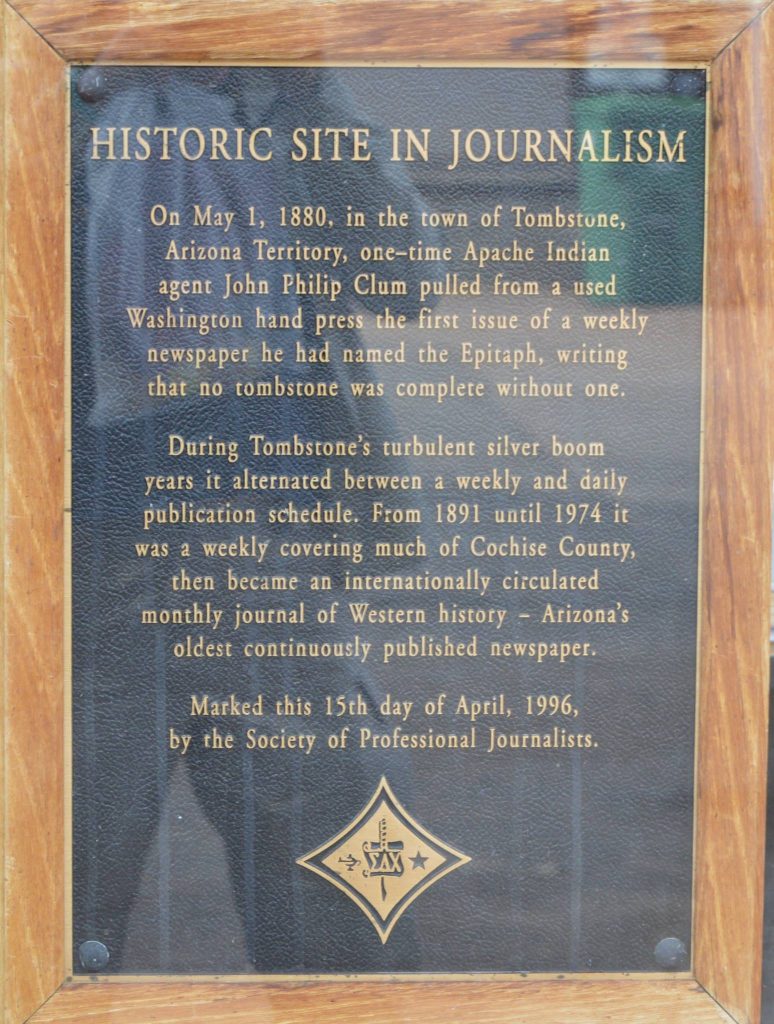 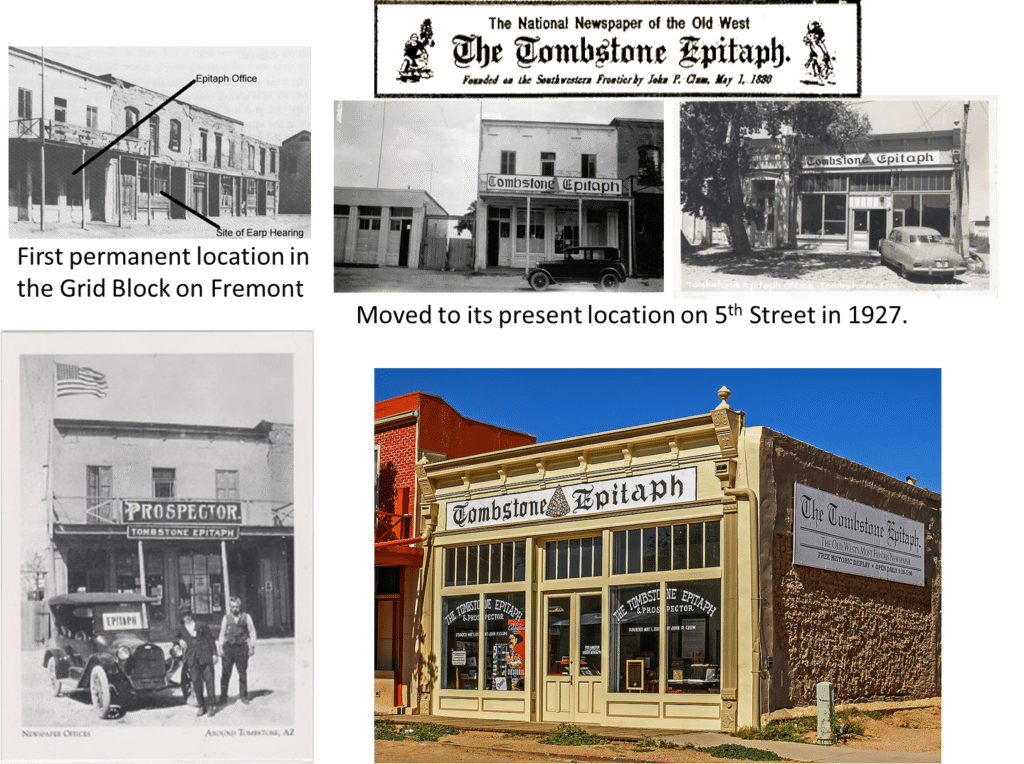 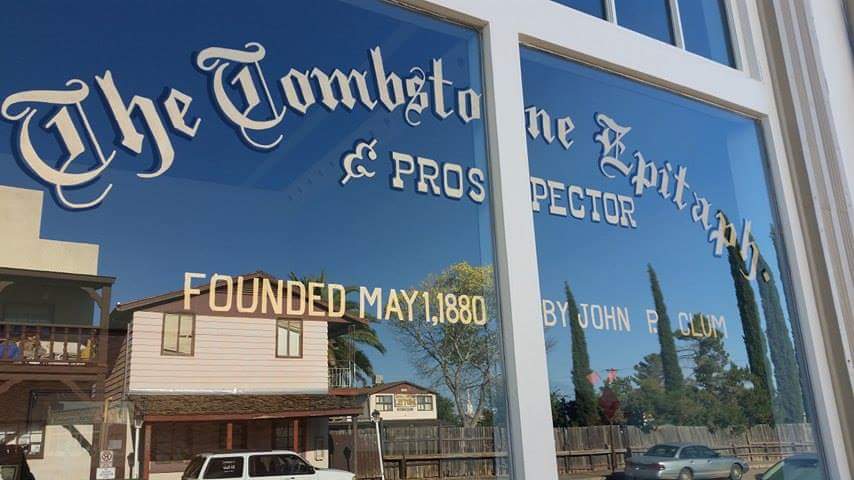 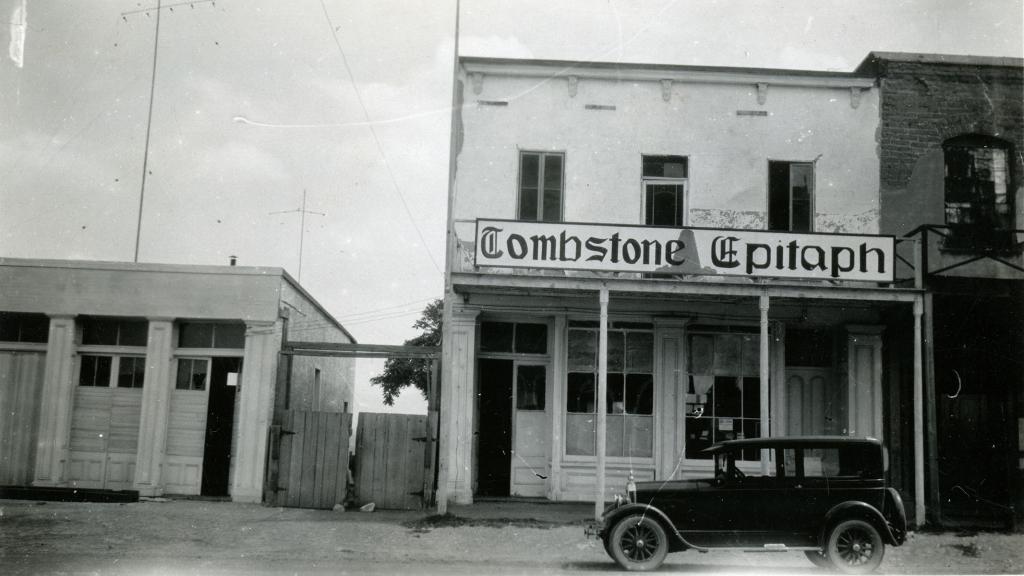