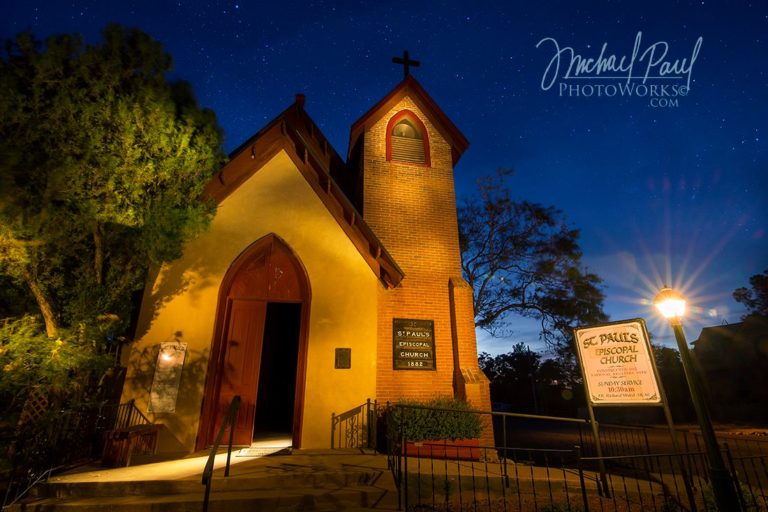 St. Paul’s held its first services on June 18, 1882 with Endicott Peabody officiating.  It had just been completed at a cost of $5000.  Services had been held in the courtroom of the Mining Exchange Building in Grid Block on Fremont Street until the 1882 fire broke out all the windows.  Endicott Peabody, 25 years old and fresh out of seminary school, did much of the fundraising to build St. Paul’s.  It is said he did fundraising in the saloons and gambling halls where he received substantial donations.

This beautiful old building still stands almost exactly as it was in 1882.  The original bell tower was struck by lightning and was replaced by a lower brick tower.   The structure is of hand formed adobe brick, stuccoed in 1970 to protect the adobe. The ceiling and roof were constructed of timber hauled in by ox carts from the Chiricahua Mountains and are still protecting this historic landmark.

The stained glass windows, the pews, altar rail are all the originals unchanged over the years. The light fixtures although now electrified are the originals that came off a chipper ship anchored in San Francisco. The piano dates from 1891 and the altar cross was donated in 1905.

Endicott Peabody went on to become Headmaster of the prestigious Groton School attended by Franklin D. Roosevelt and other boys of wealthy families.  George Parsons, Diarist, was the first member to be confirmed in St. Paul’s.

St. Paul’s is the oldest Protestant church in Arizona.   St. Paul's has never closed its doors and continues to serve the people of Tombstone and the surrounding area to this day.

The building was added to the National Registry of Historic Places in 1971.

For those interested in holding a wedding or special event at St. Paul's, please contact Rev. John Leech at (520) 591-1894 ... johnrleech@gmail.com 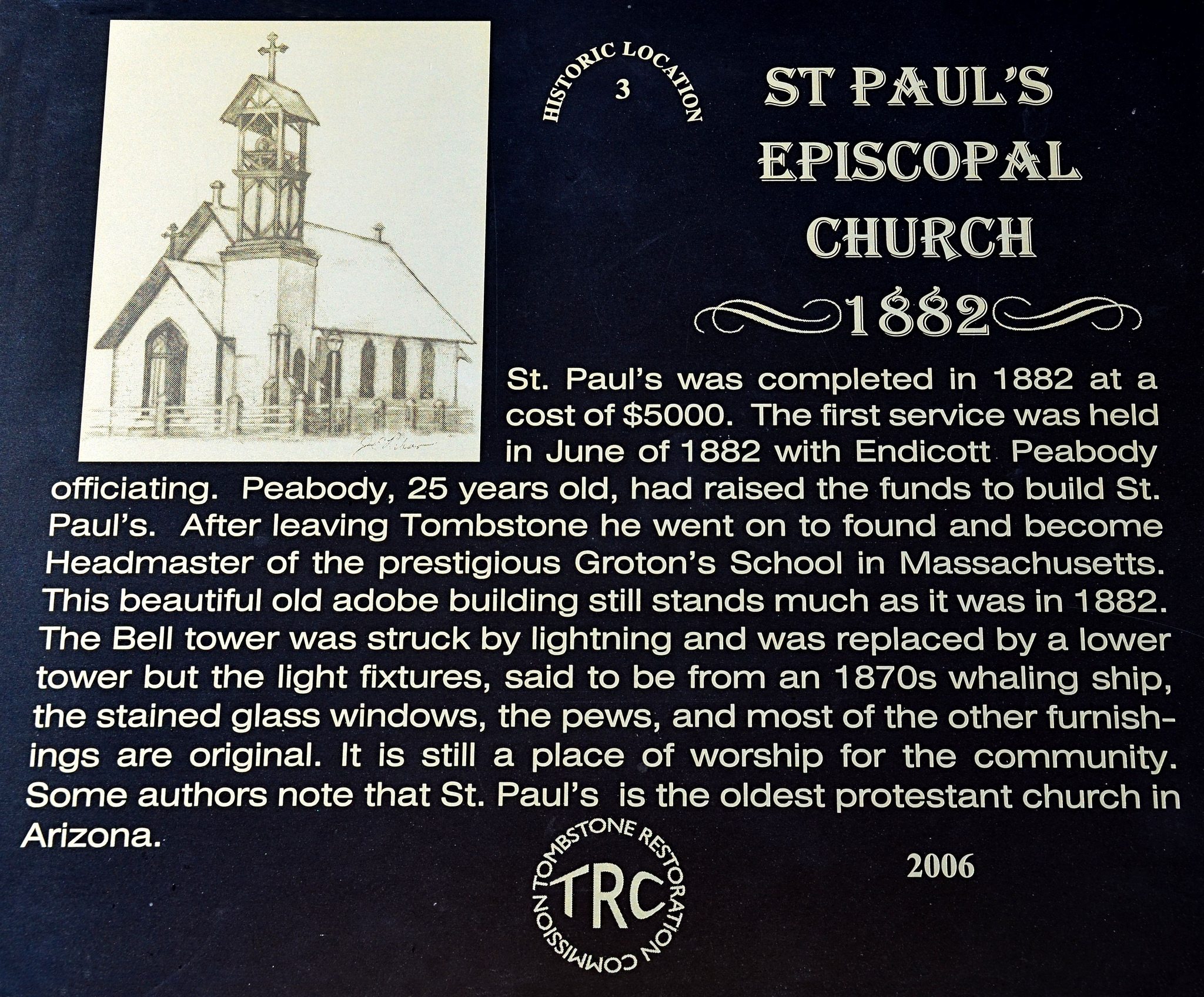