Its occupants ran the spectrum of all the cultures and nationalities of early Tombstone.

Cowboys who "died with their boots on" lie next to housewives, business men and women, miners, gamblers, ladies of the "red-light district" and all the famous and not so famous occupants that contributed to Tombstone's early history.

By the 1920s, Boothill had fallen into ruin with many grave markers lost or unreadable.  A group of citizens in Tombstone and Cochise County began the task of researching old burial records, consulting with relatives, older residents, and using all means available to identify the occupants and mark the graves properly.

The task took several years and the efforts of many to accomplish.   This resulted in the graveyard being restored much as it was in the early years when it was the city cemetery. 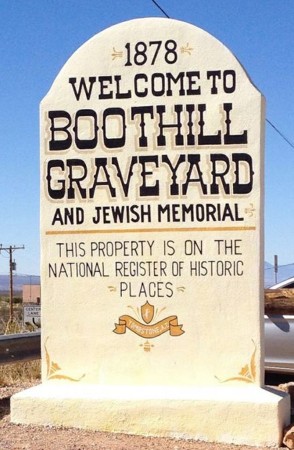 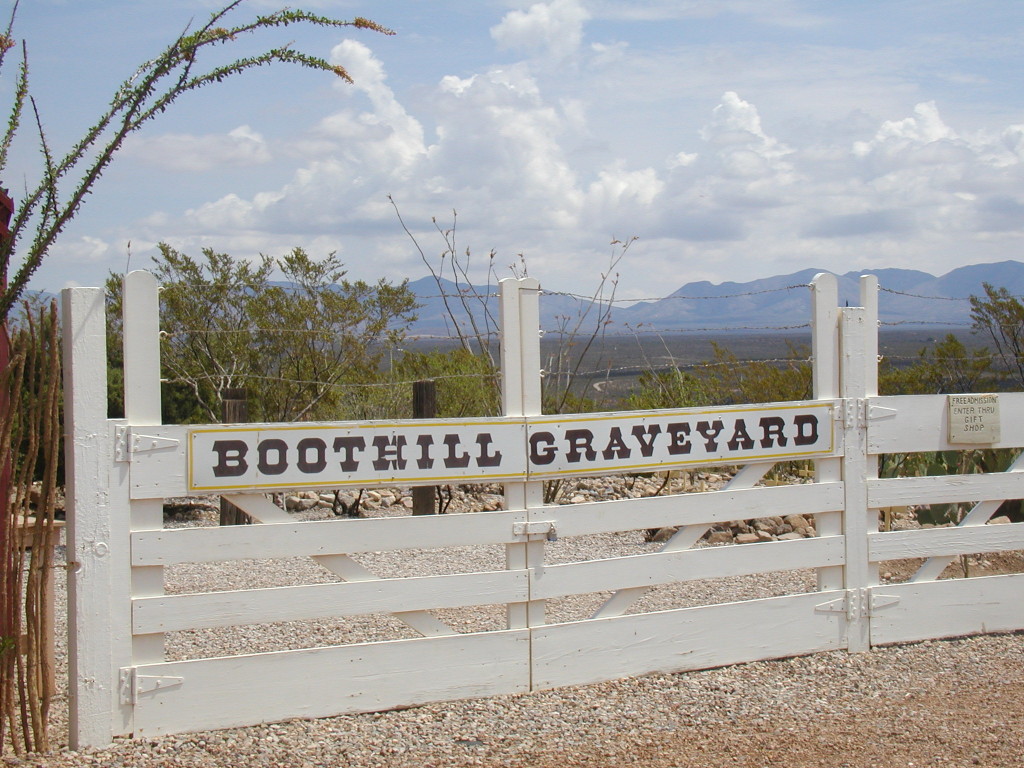 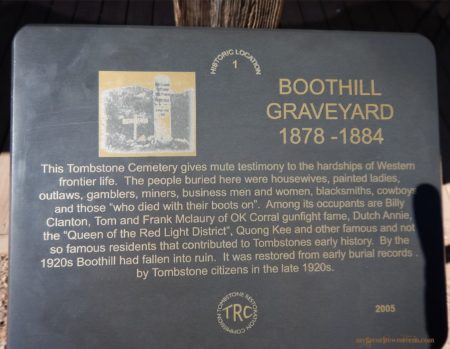